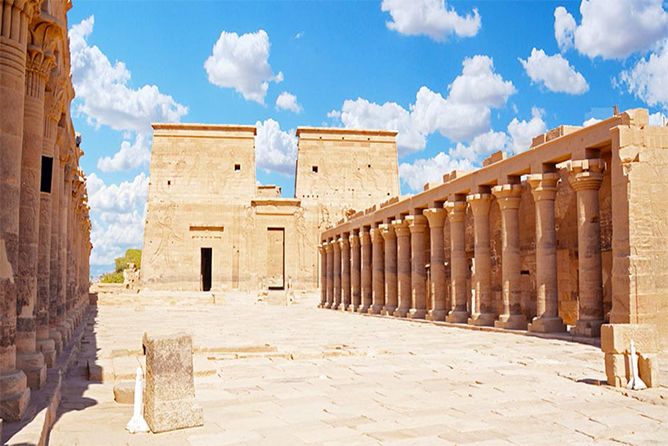 The Philae Temple is an ancient landmark and stood on Philae Island for most of its life, close to central Aswan, although its future became threatened after the completion of the Low Dam, when the island remained flooded for much of the year. During this time the architecture was strengthened, although the Philae Temple began to suffer from erosion. Some reliefs were simply washed away and many lower bricks were completely encrusted with silt from the Nile. By 1960, it was decided by UNESCO that the temple should be relocated, so that it could be preserved for future generations. It was successfully moved to the nearby island of Agilkia at the end of the 1970s and completely reassembled.