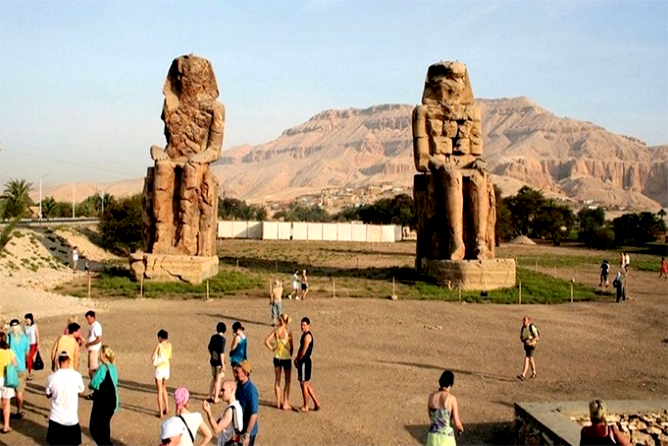 Are all that remains of the Temple of remembrance of the Pharaoh Amenhotep III and rising up the one about 19.20 meters was launched Greeks this name when cracked statue North of them and pulled out a voice – Vhbhoh hero legendary Memnon, who was killed in the Trojan War was proclaimed a nation Ayios goddess of dawn every morning was to cry on Her tears were dew.

Tombs of the Valley of the Kings and Queens:

A cemetery that is the kings and queens of modern state Bnanha the soles rock in this valley to be safe from tampering thieves .. It consists of several rooms and basements to reach the burial chamber.