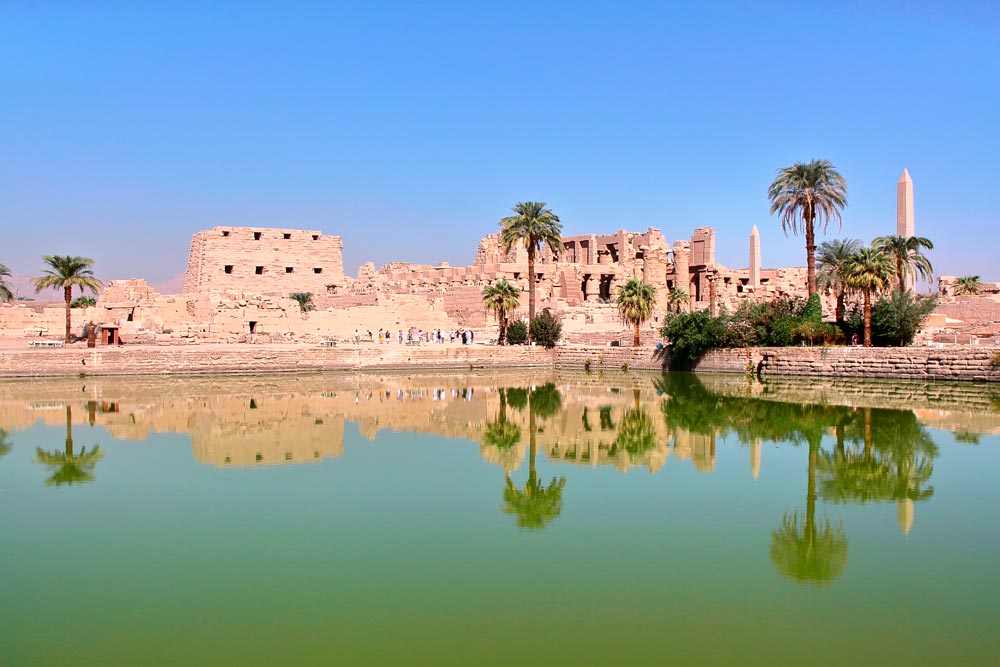 There are no in fact the entire building in the world you can compare it to was known when the ancient Egyptians as “Any Bot – Any Pot” any most respected places, has built an imposing standards and place an area of one hundred acres and its history extends over three centuries. Start accidentally rams temples that represent Amon symbol of fertility and growth, have carved the bottom of the heads of rams small statues of Ramses II.

And is also one of the greatest places of worship in history, featuring many of the temples to unmatched, including the Temple of the god Amon and his wife, the goddess (death) and son of the god Khonsu, the God of the moon .. He knew since the Arab conquest on behalf of Karnak in the sense fort .. It starts temple road for rams representative of the god Amun and here symbolizes the power of fertility and development Oukj carving under their heads statues of King Ramses II begin the visit the temple to pass through the first pylon, which is due to the King Nkhtbo (family 30) and then to the yard big and there on the right inside the third booths to the Theban Triad from the era Second City, and on the left see the Temple of Ramses III.

And outside the main lobby, where there is a large statue of a scarab from the reign of King Amenhotep III and were used in cooking