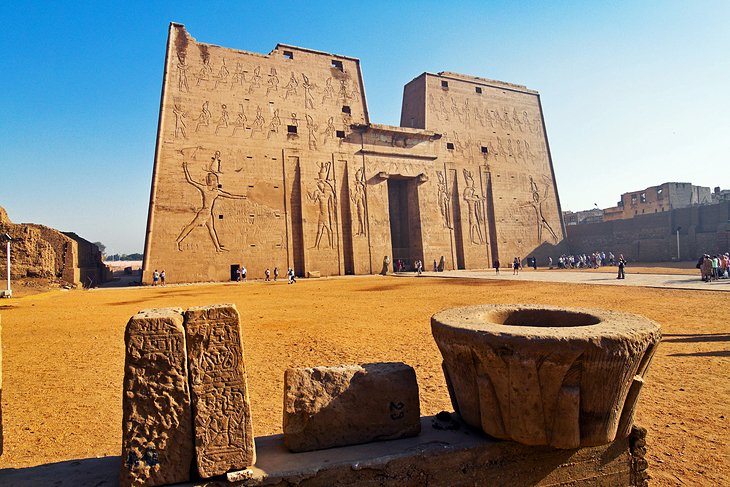 Edfu’s temple is one of the Ptolemy Dynasty’s most impressive feats of construction and due to its youth – built in the 2nd Century BC – it’s also one of Egypt’s best preserved temples. Here, the looming sandstone walls are covered in giant hieroglyphics and dazzling friezes that ape the patriotic decorations of earlier pharaohs. Within its vast chambers, strolling under colossal gateways and wandering ant-like through its hallways that seem to be have been created for giants, you really get a feel for the all-encompassing power of Egypt’s rulers.

Stone sentinels of the falcon-headed god Horus watch over the Great Pylon, while stone reliefs on either side of the gate sing the praises of Ptolemy King Neos Dionysos.